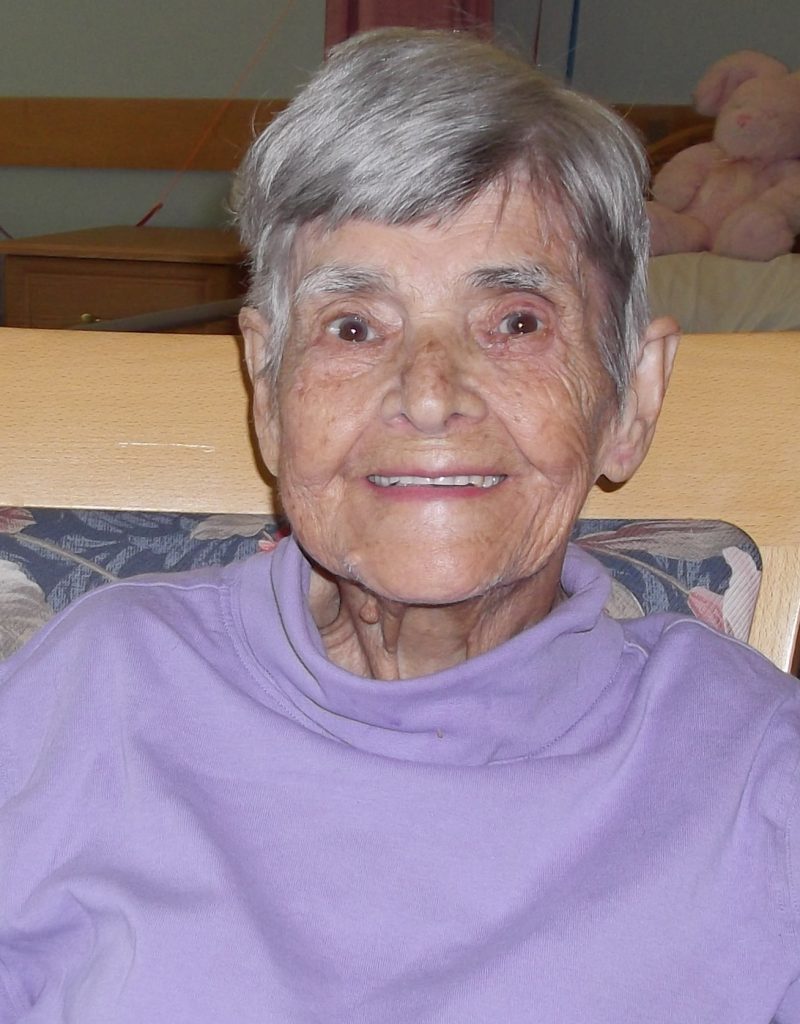 The death occurred at Fairvern Nursing Home, Huntsville on Monday, July 29, 2013 of Evelyn Grace Malcolm (nee Rowley) of Port Sydney. Born July 1, 1920 in Brantford.  Beloved wife of the late James Malcolm (1996).  Dear mother of James (Betty) of Barrie ON, Evelyn Goulbourne of Port Sydney ON, Fred (Santa) of Grande Prairie AB, Allen (Karen) of Smithville ON and John (Peggy) of Smith Falls ON.  Lovingly referred to as Nan or Nanny by 12 grandchildren and 16 great grandchildren.  Survived by sister Irene Skater of Drumbo ON and nieces and nephews.

Evelyn was proud to be a Merry Mary Lake Senior.

A Memorial Service will be held at Knox United Church, Port Sydney on Thursday, August 8, 2013 at 1 p.m.  A reception will follow in the church hall.

In lieu of flowers, donations to the charity of your choice, would be appreciated.