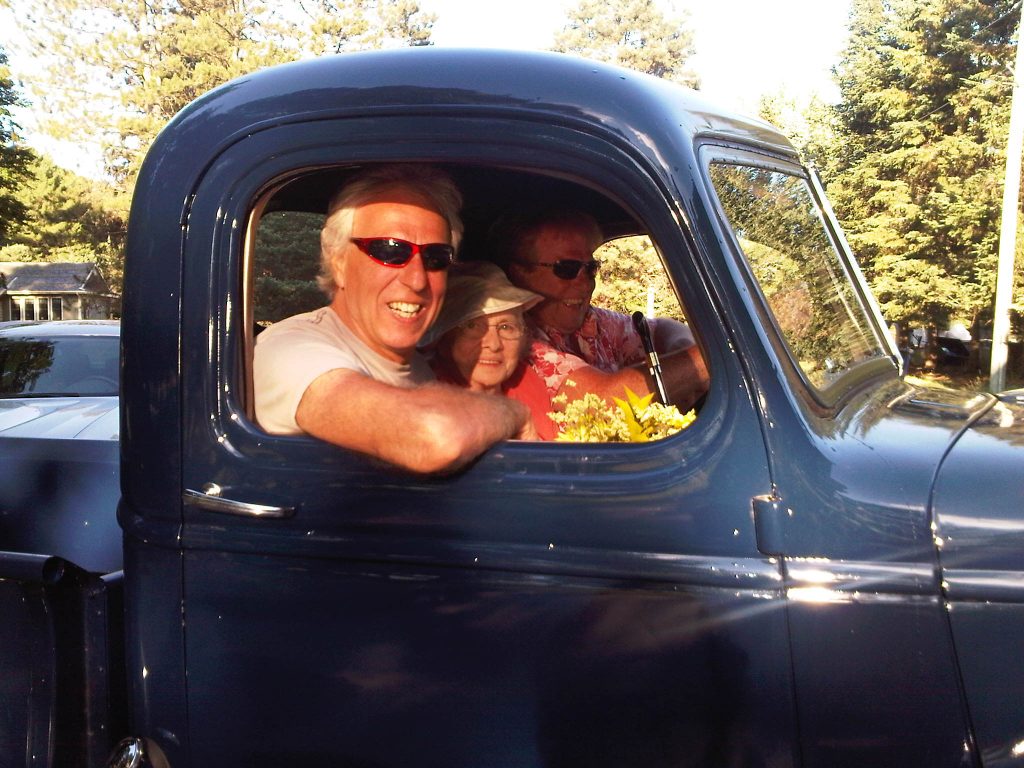 Fredericka “Freddie” Ellen Colquhoun (Prickett) passed away peacefully in her 92nd year on November 9th in Huntsville.  She was born in Ossining, New York, to Frederick and Mary Prickett.

She was a pioneering, spirited redhead who lived a life of adventure that was unusual for its time.  She immigrated with her family to New Brunswick at the age of 6, where she drove a dogsled to school with her younger brothers and sisters in tow.  She enlisted in the military on her 18th birthday.  After the war ended, she moved to Montreal and worked at Eaton’s on Rue Ste. Catherine.  She met her husband, Charles, on a train between Ottawa and Montreal.  They spent the first year of their marriage in Peru where he was working as a civil engineer.  After the passing of her husband, she and their 12-year-old son moved to Muskoka, where she built a log cabin and made a home for them in Dwight.

She was an accomplished artist whose weavings hang in many homes in Muskoka.  She loved quilting, drawing, gardening, listening to opera and baking bread.

Freddie is survived by sons Don (Sharon) of Eagle Bay, BC and Ian (Amie) of Dwight ,ON; as well as sisters Philomene, Jean and Mae.  She was predeceased by brothers Bobby and Lindy.

Her funeral was held in Nash Creek, New Brunswick.   In lieu of flowers, donations to Huntsville Hospital Foundation would be appreciated.