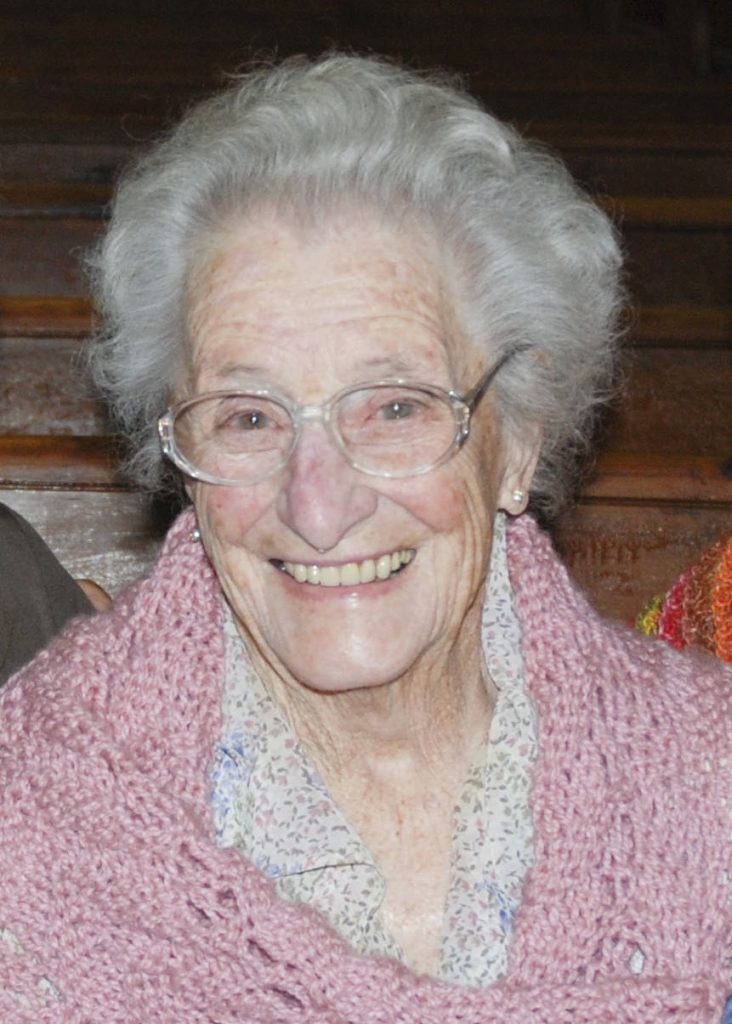 Jessie was born on July 16, 1912 and had recently celebrated her 100th birthday.   Her grandparents were early settlers to the Huntsville/Port Sydney area and her maternal grandfather, Henry Morgan, was a well known builder of several local churches, including the original Christ Church in Port Sydney.  Her father, Reginald Rumball, started the Huntsville Dairy.

Jessie graduated as a registered nurse from Orillia Soldiers’ Memorial Hospital in 1933 and spent several years providing home nursing prior to the existence of Huntsville’s first hospital.  She then worked at the Red Cross Hospital for several years at the current site of Fairvern Nursing Home.

Always a loving and supportive wife, mother, grandmother and great-grandmother – she will be missed.

Funeral service for Mrs. Jessie Adamson will be held on Thursday, September 13, 2012 at 2:30pm at All Saints Anglican Church, Huntsville with one hour of visiting prior to the service at the church.

Donations to Huntsville Hospital Foundation would be appreciated