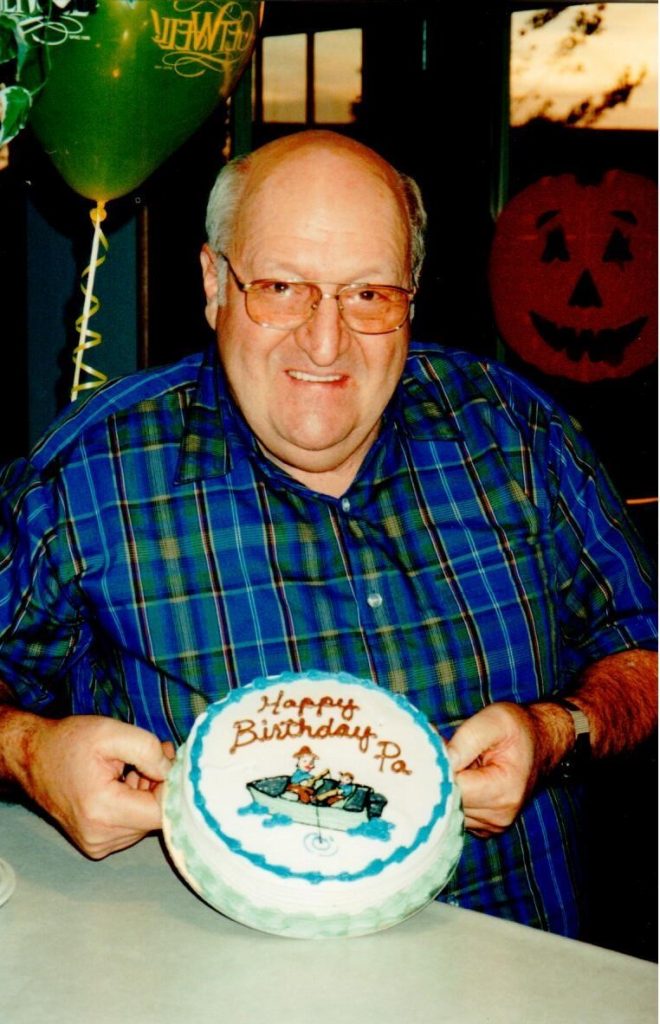 Patrick John Gervais, born October 23, 1931 in Ottawa, passed away at the Clinton Public Hospital, Clinton Ontario on Tuesday July 18,  2017. Predeceased by his wife Shirley (Davidson) in 2007.  He will be greatly missed by his daughter Pam Chalmers and husband Dwight of Blyth;  grandchildren Matt of Fort Frances, Becca of Oakville and Kathryn of Blyth.  Brother of Muriel (Francis) Cousineau of North Bay, Mabel Gauthier of Pembroke and brother in law of Helen Stewart, Magnetawan.  Predeceased by parents P. John and Ida; sisters Elsie McCormack and Faye Slattery; brother in laws Bob McCormack, Smokey Gauthier, Ted Slattery and Sam Stewart. He was uncle to many nieces, nephews, great-nieces and great-nephews.

He spent his youth living at Brule Lake in Algonquin Park.  He worked as a Forester with Ontario Hydro.  John enjoyed spending his summers at his cottage on Oxtongue Lake that he rebuilt after his retirement.

Visitation for family and friends will be at the Mitchell Funeral Home, 15 High Street, Huntsville on Sunday July 23,2017 from 1-3 pm.  The funeral mass will be celebrated on Monday July 24,2017 at 11 am at St Mary of the Assumption Roman Catholic Church, 12 Centre Street N, Huntsville.

If desired, donations to West Park Healthcare Centre, the Huntsville Hospital Foundation or the charity of your choice.