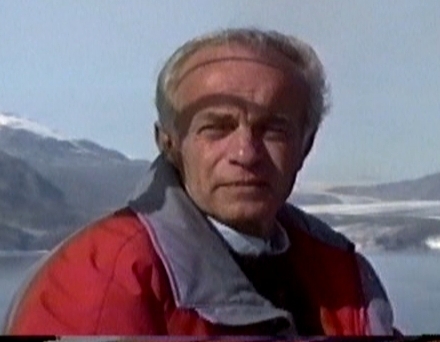 After a long and valiant battle with MS, David Edward Webster accepted his invitation and passed peacefully at home on Friday, January 18th, 2013.

Well known for years in the snowmobile and marine industries, David was born on September 28th, 1942 and grew up in Cotswold Lodge at Alcona Beach with his parents Jack and Muriel (Kelly) and sisters Ann (Seman-O’Donal) and Mary (Byers). His family had a deep love and mastery of music and this led to David attending Barrie District Central Collegiate and proudly playing the trumpet in their renowned Collegiate Band.

It was at Alcona Beach that David’s passion for anything with an engine grew. With his love of cars, boats, planes and snowmobiles, he became an accomplished and well respected mechanic and licensed operator of anything that ran. Moving to MacTier in the 1960’s, David and his family built Go Home Lake Marina and he raised his own young family there. It was then that Dave’s true legacy of honesty and integrity began and he built a huge base of loyal friends and customers that followed him to Huntsville in 1975. Dave and his wife Sharon managed Huntsville Marine until 1983 when they decided to move on and they established The Beacon in Dwight. With David’s knowledge and dedication to his business, The Beacon flourished and became not only a successful multi-faceted business, but a cornerstone of the community for 30 years, still proudly run by his family today.

For several years, David used his sense of humour to entertain actors and singers backstage and behind the scenes of the popular Rotary musical productions, while his wife entertained audiences front stage with her incredible voice.

David spent his 70 years enjoying the outdoors, travelling with his wife and family, making people laugh and creating with his hands. He expanded his passions early to woodworking and spent decades building boats, furniture and treasured clocks, still loved by family and friends today.

A musician, a mechanic, a craftsman and a comedian, David was a well respected businessman, a loyal friend and a devoted husband and father who entertained his family, loved them, protected them and cherished them. He leaves a lifetime of wonderful memories and funny stories to all who had the privilege of knowing him.

His last 8 years were difficult as MS slowly took over but Sharon’s fierce dedication and love for her husband kept David home, loved and well cared for until his final call home.

He will forever missed, forever remembered and forever loved.

An informal celebration of David’s life will take place at The Bush Co in Dwight, Friday January 25th from 2-4pm to raise a glass to David.

Donations in lieu of flowers are appreciated to the MS Society of Canada, Toronto Sick Kids Hospital or Algonquin Grace Hospice.