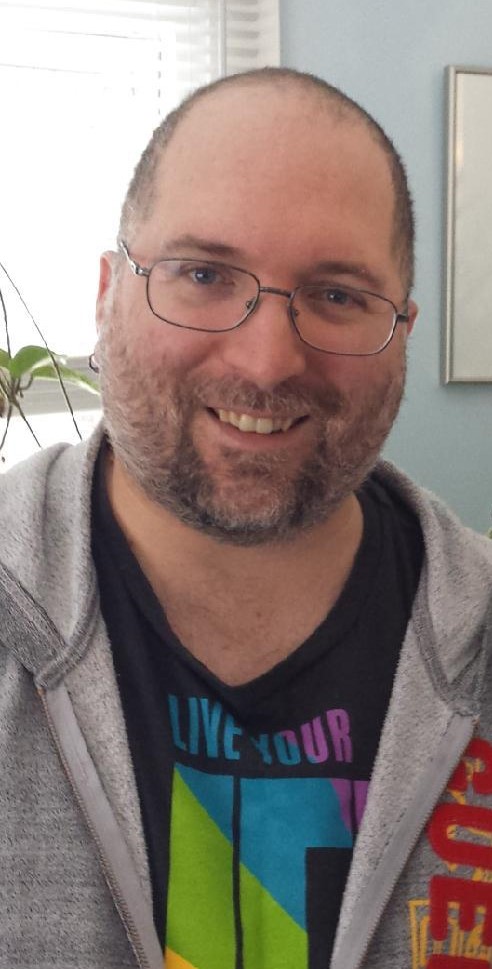 Elliott died on August 7, 2018, at 43, after a year long struggle with glioblastoma.

He is survived by his parents, Pat and Anthony Welch, his brother, Aaron (Monica).

Elliott was born and raised in Huntsville, Ontario.

Elliott was a committed environmentalist.  As a teenager he served on the Muskoka Round Table on the Environment and the Economy, compiled a green directory with the support of a provincial grant and wrote a feasibility study for a centralized compost system in Huntsville.

Graduating from high school at the top of his class, he won a President’s scholarship to the University of Guelph, where he studied Environmental Science.  At university he won the Governor General’s Academic medal which he received from the Governor General at Rideau Hall in Ottawa.

After graduating with an Honours B.Sc. (Env.) with distinction, he joined the federal civil service,  starting in Guelph, where he worked for Agriculture and Agri-Food Canada.  In 2001 he switched to Human Resources and Skills Development, where he worked in occupational health, safety and the environment, and moved to Toronto, a city that he loved.

Elliott was a passionate advocate for gay rights.  One of his last accomplishments as a civil servant was co-founding the national Pride Network for his department.

Elliott was a gracious and generous host.  His Pride parties were legendary.  No one who attended will forget Elliott’s 30th birthday party when, in drag as Miranda Mimosa, Miranda had the entire audience singing along with her rendition of “Que sera, sera.”

In 2009, Elliott’s career took him to Ottawa.  In 2016 he returned to Toronto so he could be closer to his parents and better able to support them as they aged.  It was not to be.

A huge fan of streetcars and trains, he was about to embark on a holiday train trip to Halifax in July 2017, when, not feeling well, he went to the emergency department at Mount Sinai.  Five days later he was in surgery.

He faced his diagnosis with strength, courage and grace, always caring for the comfort of others before his own.   He was most concerned about the impact the disease had on his family.  His parents, bravely and courageously, stood by his side for his entire journey, moving in with him to provide care and comfort and holding vigil at his beside.  Pat, Anthony, Aaron and Elliott’s friend, Jeremy, were with him when he died.

His family would like to thank Dr. Bryson at Princess Margaret Palliative care for his kindness and Krysten and Fred at Bridgepoint for their excellent nursing care of Elliott.  They would also like to thank Jeremy, Carol, Bob, Shelley, Eileen, Monica and Kirk for their kindness and support.

A service will be held in the chapel of the Mitchell Funeral Home, 15 High Street, Huntsville P1H 1N9 on Tuesday, August 14th, with visitation starting at noon and a service at 1 pm. Reception to follow.

In lieu of flowers, Elliott requested that donations be made to the Princess Margaret Cancer Foundation and be directed to the Gerry and Nancy Penner Brain Tumour Centre endowment.  Donations may be made in Elliott’s name at 1-866-224-6560 or 416-946-6560 (option 1) or www.thepmcf.ca.  www.mitchellfuneralhome.ca