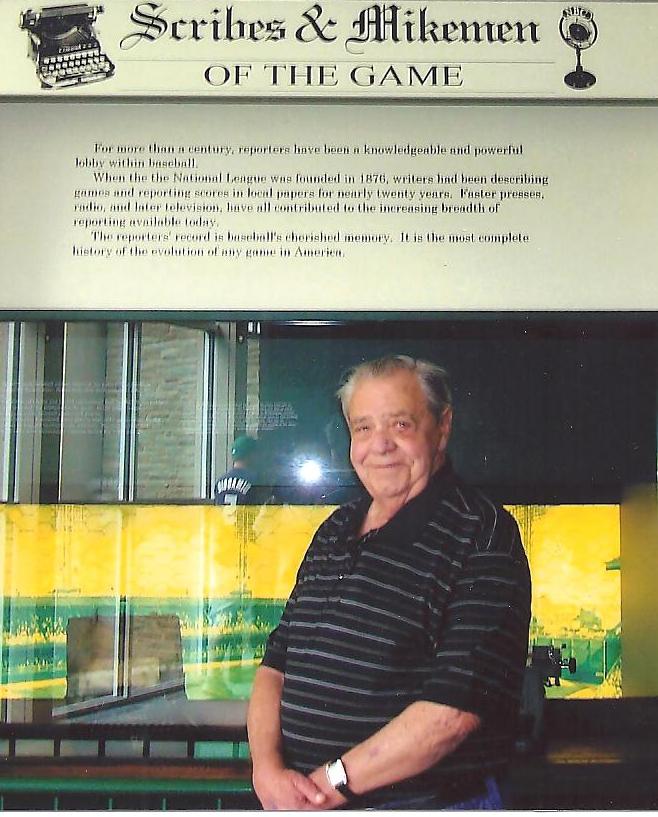 Garth arrived in Huntsville on July 1st, 1958 responding to the call of Norris MacKenzie who had just recently opened the airwaves of Muskoka-Parry Sound with the sounds of CKAR radio. Garth Thomas became the voice of radio in Huntsville for the next fifty years, acting as station manager, sports director and for over thirty years as a close associate of Santa Claus. The unique voice of Garth Thomas became the most familiar voice in the community as he made sure every young child in the community who had a successful moment on the sports field heard their name on the radio the next day.

Garth carried this same care and concern for our young athletes to the Huntsville Forester where he became sports editor and later overall editor of Huntsville’s community newspaper.

Through his efforts at both CKAR and the Huntsville Forester, Garth was a tireless promoter of Huntsville and the Districts of Muskoka and Parry Sound. It was only natural that he be appointed general manager of the Muskoka tourism office in Gravenhurst.

Socially Garth Thomas was a presence in the community, serving as President of the Huntsville Rotary Club for a term and was a recipient of the Paul Harris Fellowship Award, one of Rotary’s highest honors.

With his arrival in 1958, Huntsville not only became home to Garth Thomas but became his family as well. Garth Thomas leaves behind all his friends and listeners as his immediate family, he loved you all so very much.

Visitation for Garth Thomas will be at Mitchell Funeral Home 15 High Street, Huntsville on Wednesday September 5th,  from 7-9pm

A celebration of the life of Garth Thomas will take place at the Royal Canadian Legion, Huntsville on Thursday, September 6th at 11am.