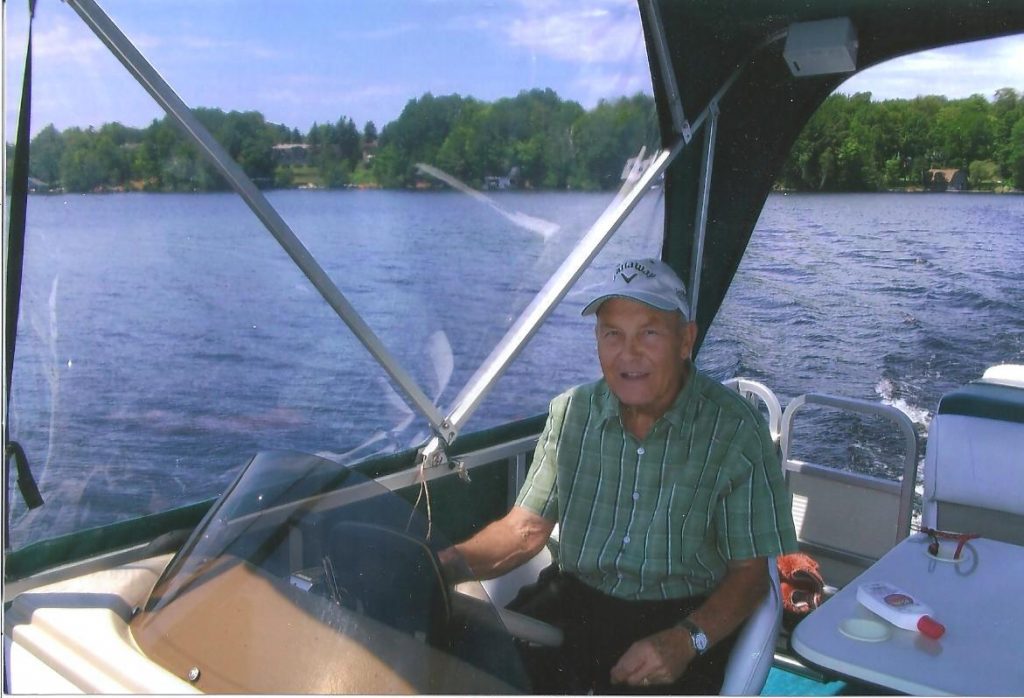 Jack was born in Toronto on May 2, 1933 the youngest of three children. Jack attended Humberside Collegiate where he discovered his two loves… Doreen and football. Jack married Doreen in 1954 at Runnymede Baptist Church while attending the Univeristy of Toronto where he studied Mechanical Engineering. After graduating, he joined I.B.M and worked for the next 30 years until he retired. He continued working for the next 10 years for various marketing companies. He faithfully attended Wishing Well Baptist Church for over 30 years as Christian Service Brigade leader and head usher until retiring to muskoka. He enjoyed the fellowship and worshipping for the past 40 years at Muskoka Bible Centre. Jack enjoyed gardening and boating at his cottage on Mary Lake and spending his winters in Florida swimming, shuffling and golfing. The father of 3 children; daughter Julie, son Gary husband of Elaine, and son John husband of Christy. The grandfather of Amanda, Morgen, Joshua, Judah, Owen, Ben and Matti. . Finally Jack is at peace and present with the Lord.