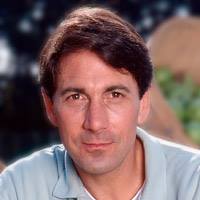 James (“Jimmy”) Aloysius Carroll (December 20, 1955 – April 27, 2016) passed away, surrounded by some of his closest friends, at Algonquin Grace Residential Hospice in Huntsville, Ontario, Canada following a courageous battle with cancer. Son of the late George Francis Carroll, Sr. and (Virginia) Mary Camilla McMullin Carroll, James is survived by his daughter, Emma, three sisters, Christine Carroll Evans, Lois Carroll Mills, and Janet Carroll Shere, two brothers, George F. Carroll, Jr., John J. Carroll, and half-brother, Paul Carroll. Born in Philadelphia, PA., Carroll studied Theatre Arts at La Salle University and graduated with a Masters Degree from Villanova University. Carroll was a scholar of English literature and dramaturgy, a voracious reader, an accomplished writer, editor, and perhaps most notably, a successful actor. He performed in numerous stage and musical theatre productions, as well as in film, television, and T.V. commercials. He played the character of Max Sutton during the entire five-season run of the Sullivan Entertainment, CBC television series, Wind At My Back, as well as in the subsequent feature length film, A Wind At My Back Christmas. For a full list of his many television and movie credits, please refer to:  http://www.imdb.com/name/nm0140843 . For the past six years, James Carroll worked at Hunters Bay Radio 88.7 FM in Huntsville, Ontario, and online at http://www.muskokaonline.com. He held various positions, including Program Director, Producer, Host, and Editor. He was a charitable, generous supporter of his local community, and a friend to and spokesman for all local talents. He shall be dearly missed by family, friends, co-workers, and members of the community. Months before his passing, a tribute page was established in his honour on Facebook (JAMES CARROLL – A TRIBUTE) which includes photos, anecdotes, and messages of appreciation and encouragement from family, friends, and co-workers from around the world. Further details about James Carroll’s many accomplishments can be gleaned from various articles written about him recently. Those articles can be found at: