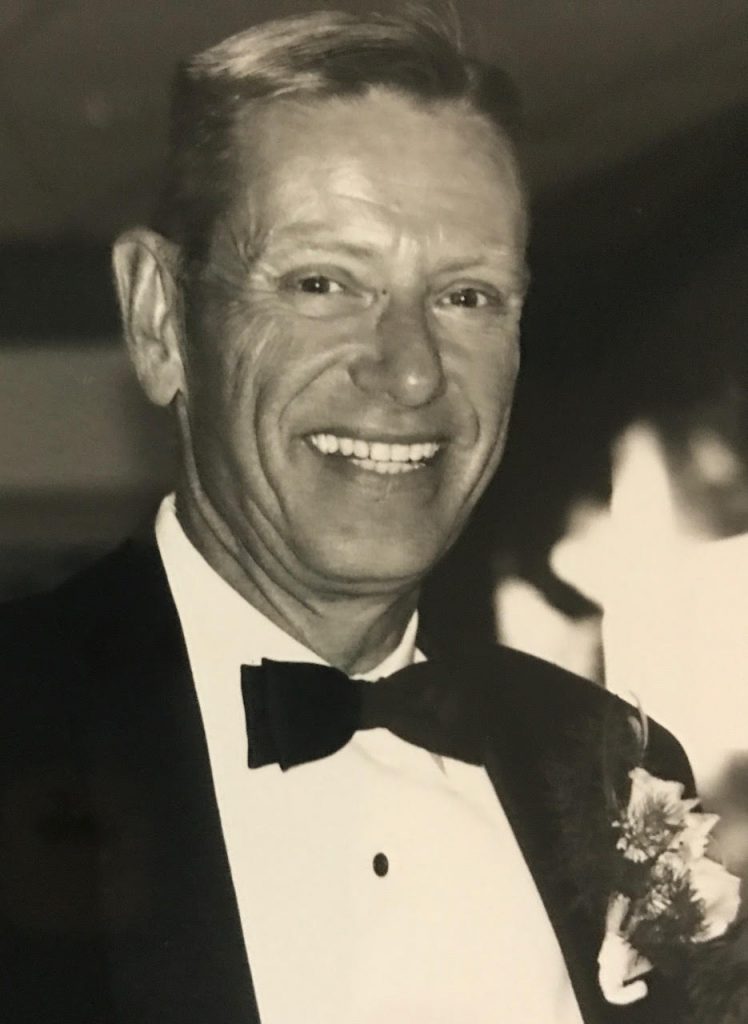 John David Hockin born August 12, 1941 passed away after a year-long battle with cancer on July 8th, 2017 in Huntsville, Ontario surrounded by his loving family. He will be greatly missed by his wife Heather, brother Tom (Mary), children John (Lisa) and Carrie (Jeff) Watt, granddaughters, nieces and nephews. He was predeceased by his brother Peter in 2005.

David was born in London, Ontario, son of Thomas and Margaret, and enjoyed summers at Lake Huron and Camp Hurontario with brothers Tom and Peter. He met his intellectual equal and life-long love Heather at the University of Western Ontario. They celebrated 50 years of marriage in 2015 with friends and family at their cottage on Lake of Bays. Both David and Heather graduated from the Ivey Business School in 1965 and David went on to be a member of the first graduating class of the MBA program at York University in 1967.

David embraced and thrived in a variety of business roles highlighted by his 15 years as President of Stafford Foods. He also served as President of Hunt Wesson Foods Canada, Vice President of Imperial Life and Vice President of Ontario Blue Cross/Blue Shield. On the weekends, he instilled his strong work ethic in his children, completing building projects at several cottage properties between Georgian Bay and Lake of Bays. He also made time for fun with his friends, family and toys – from his hand-built Seaflea speedboat to his Piper Cub airplane. David enjoyed golf and served on the Board at Panther Woods Country Club in Florida and was President of Men’s Golf at Deerhurst Lakeside. He helped launch the Probus Club in Huntsville, served as a Warden at Grassmere Church and delivered Meals on Wheels.

David was an extremely proud Grandpa and Big D to Haley, Emily, Annie, Audrey, Sophie and Meredith. He cheered on all their accomplishments, gave them their first taste of beer, and made them personalized paddles for our annual family Olympics.

Our family would like thank Dr. David Mathies and the doctors, nurses and medical practitioners at Huntsville Hospital, CCAC and Hospice Huntsville for their compassionate care for David in his final journey.

If desired, memorial donations may be made to Hospice Huntsville or the Huntsville Hospital Foundation.