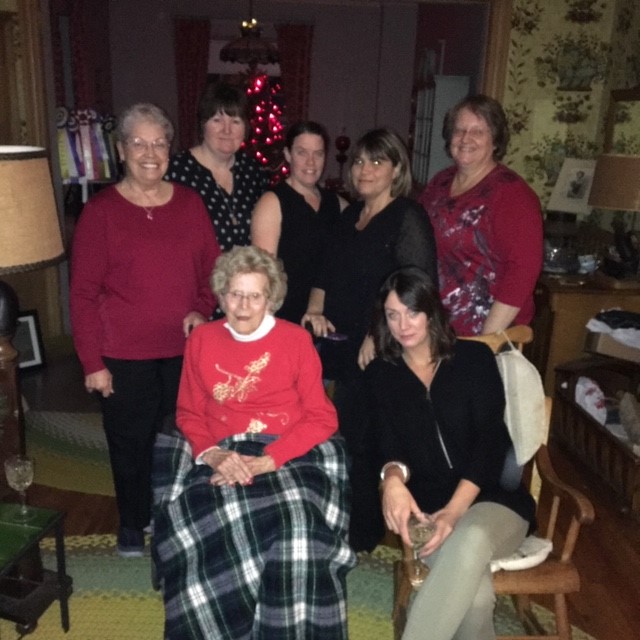 It is with sadness of heart we announce the peaceful passing of our beautiful mother on Dec.23rd 2018 in her Huntsville  home at the age of 102.

She was predeceased in 1976 by her devoted husband Norman Douglas Moffat. Mother to daughters; Susan Brenciaglia (John) and Ann and son Norman Moffat.

A very special Great-great Grandma to Liam and Victoria Beall, and Layla and Bronson Baker.

Margaret was born in Fort William on November 6th 1916 to Arthur and Ida Griffis.  The youngest of four; brothers James and Tom and sister Jean.  After losing her parents as a child Margaret was adopted by close friends of her parents, Dr. and Mrs. Ashley Fife of Fort William.

In her early teens Margaret and her “Auntie” travelled the world by ship, visiting such places as Hawaii and Australia.  In addition they travelled to Italy including an audience with the Pope and to England where they had tea at Buckingham Palace.

Margaret was educated at Branksome Hall and then onto McGill University before marrying her late husband Norman.  The war kept them apart for four years while Margaret raised her two children in The Kingsway.

Margaret started a chapter of the Order of the British Empire.  She was a long-time member of the Garden Club of Toronto as well as a life member of Lambton Golf Club.  She volunteered at the Huntsville Heritage Place and was a strong supporter of the Muskoka Conservancy.

We are especially grateful for the compassionate support received from her devoted caregivers.

A celebration of Margaret’s long and wonderful life will take place in the Spring.  A donation to the  Huntsville Hospital Foundation or the Muskoka Conservancy in Margaret’s memory would be greatly appreciated.