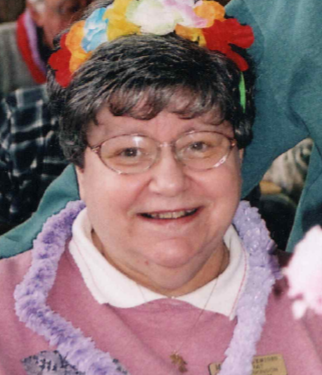 It is with great sadness that her family announces the passing of Pat on Thursday November 22, 2018, at Muskoka Landing, Huntsville Ontario.

Predeceased on March 7, 2014 by her beloved husband and best friend Roy.

Born March 4, 1941 in Halifax, Nova Scotia she was adopted at a young age into the loving family of John and Dorian Standing, Toronto, Ontario, along with adopted brother Peter Standing of Uxbridge, Ontario.

She graduated from Ontario Agriculture College in Guelph Ontario in 1964. Pat married Roy shortly after and together they raised 2 boys on a horse and dairy farm near Fergus, Ontario. She later worked as a Laboratory Technician in farm animal disease control for Agriculture Canada.

Her love of her dogs, all animals and nature, was ever apparent, but her horses were her life long passion.

Upon retirement to Baysville she became actively involved in the community through the senior’s group and St. Ambrose Anglican Church, Baysville.

Pat will be dearly missed by her sons Scott and Mark (Mary Ann) and her adored grandchildren Taylor, Graham and Claire, her extended family, as well as her many cherished friends.

Cremation will take place and a graveside service for both Pat and Roy will be held at a later date to be announced. Please revisit this site as details are arranged.

In lieu of flowers, memorial donations to St Ambrose Anglican Church, Baysville would be greatly appreciated.