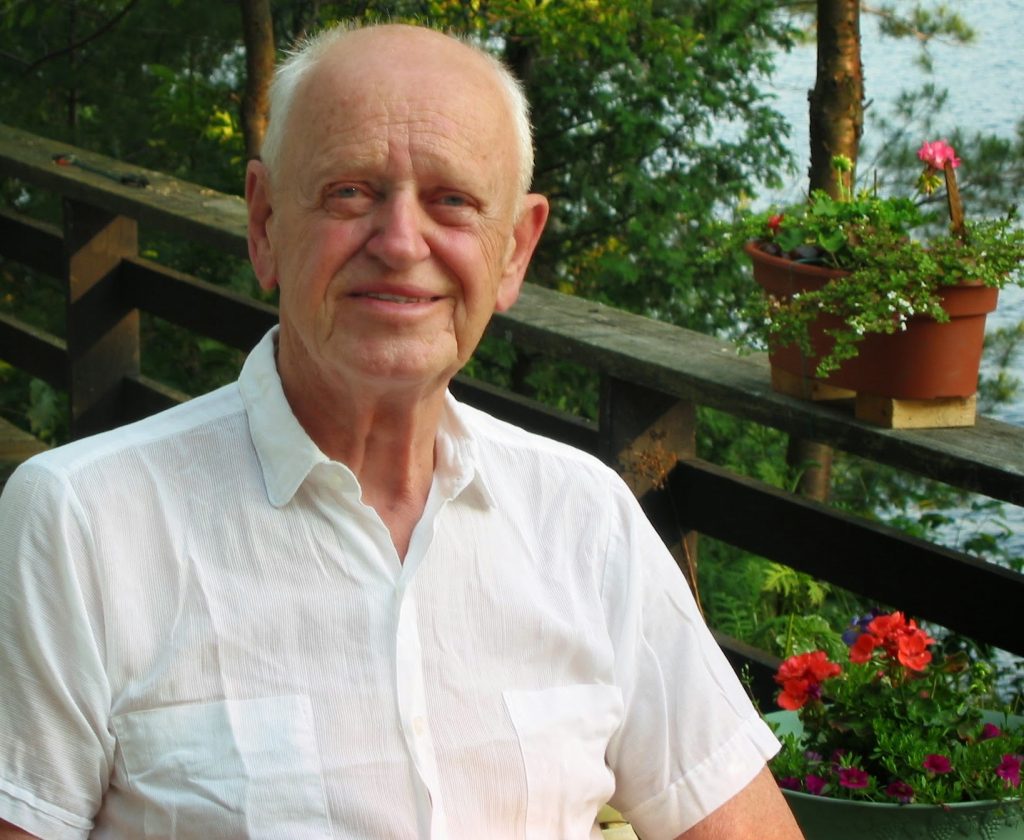 Ralph served in the RCAF (training) during WW2 and graduated from University of Toronto, Victoria College in 1948. He was called to the bar of Ontario in 1949. He established the law firms of Jones & Jones followed by Jones & Hughes. He enjoyed, and prospered in, the residential development business with partnerships Urban Homes and Durham Homes.

He was a longtime supporter of Oshawa and District Community Living, Huntsville Community Living and the Society for the Prevention of Cruelty to Animals. He was a proud supporter of the Liberal Parties of Canada and Ontario, and was elected to the Oshawa Board of Control.

With his wife Frances he created lovely homes in Oshawa and Huntsville, where they were always welcoming to friends and family. Ralph and Frances opened their doors to many gatherings of charitable groups, civic organizations and political events.

Ralph was a proud charter member of Hidden Valley Highlands Ski Club and enjoyed skiing into his 90th year. He loved cruising on the Trent-Severn and Georgian waterways. He engaged in boating and sailing on both the Kawartha and Muskoka Lakes. He and Frances took many wonderful vacations with good friends.

In his final three years Ralph loved sharing time with his good friend and partner Jean Hobson. Together they enjoyed Probus Club, bridge playing, dining-in group, and many pleasant drives to visit their friends and families.  It was a beautiful last chapter to a long and well-lived life, a time when Ralph’s love of life and humour was shared with anyone and everyone.

Thanks to the wonderful staff at both Huntsville Hospital and Hospice Huntsville for their assistance during Ralph’s brief final challenges. He was very lucky to avoid any serious health issues during his long and happy life.

In lieu of flowers, donations to the Huntsville or Oshawa Community living or Algonquin Grace Hospice, Huntsville, would be appreciated.