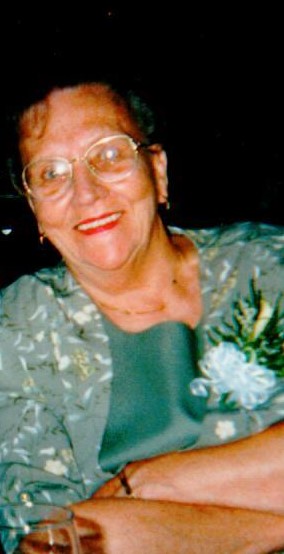 The death occurred on Sunday, September 3, 2017 at the North Bay Regional Health Centre surrounded by her family of (Rita) Lorrain Austin (nee Wilson) at the age of 83.

Lorrain was predeceased by her husband Elgin Austin and two brothers Don and Stan Wilson.

She also leaves one sister Sheila Baron of Scarborough and brother Roy Wilson.

A Funeral Service will be held in the chapel of the Mitchell Funeral Home on Friday, September 8, 2017 at 1 p.m. with visitation one hour before the service. A reception will follow the interment at the funeral home.

Lorrain will be reunited with her husband Elgin at Hutcheson Memorial Cemetery, Huntsville, where they will once again, be side by side.

Donations may be made to Branch 85 Royal Canadian Legion, Kapuskasing or the charity of your choice.