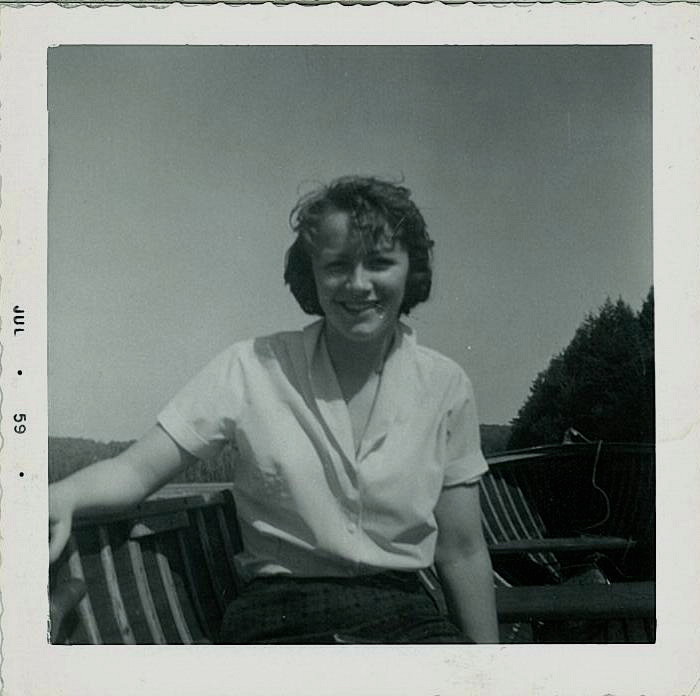 Peacefully on January 14, 2014 at age 78. Sylvia grew up in London, England with her loving parents Edward and Sarah and her sister Jean. The family immigrated to Canada after the Second World War in search of a new start and settled in Toronto. With her sights set on travel Sylvia worked during her twenties as a flight attendant for Trans-Canada Air Lines where she would meet and later marry pilot William (Bill) Wallace. Soon after marrying she became mother to James and Katherine. Sylvia worked hard to provide for her family and spent many years as a book keeper for Miracle Food Mart in Thornhill. Weekends and summers were spent at the cottage at Three Mile Lake in Katrine with her family and dogs. Upon retirement Sylvia moved ‘up north’ and enjoyed her days bird watching, feeding the deer and delighted in visits from her grandchildren Jago, Malachi, Ada May, and Dove as well as her nephew, nieces and their spouses. Once diagnosed with Alzheimer’s Sylvia moved to Fairvern Nursing Home in Huntsville where she would be cared for with compassion, respect and dignity.  Sylvia will be remembered as a survivor, a devout Catholic (former parishioner at Blessed Sacrament), a practical woman who knew the value of saving for a rainy day, and a loving mother. May she rest in peace.  If desired, donations may be made to the Alzheimer’s Society.  Cremation has taken place. Spring memorial to be arranged.