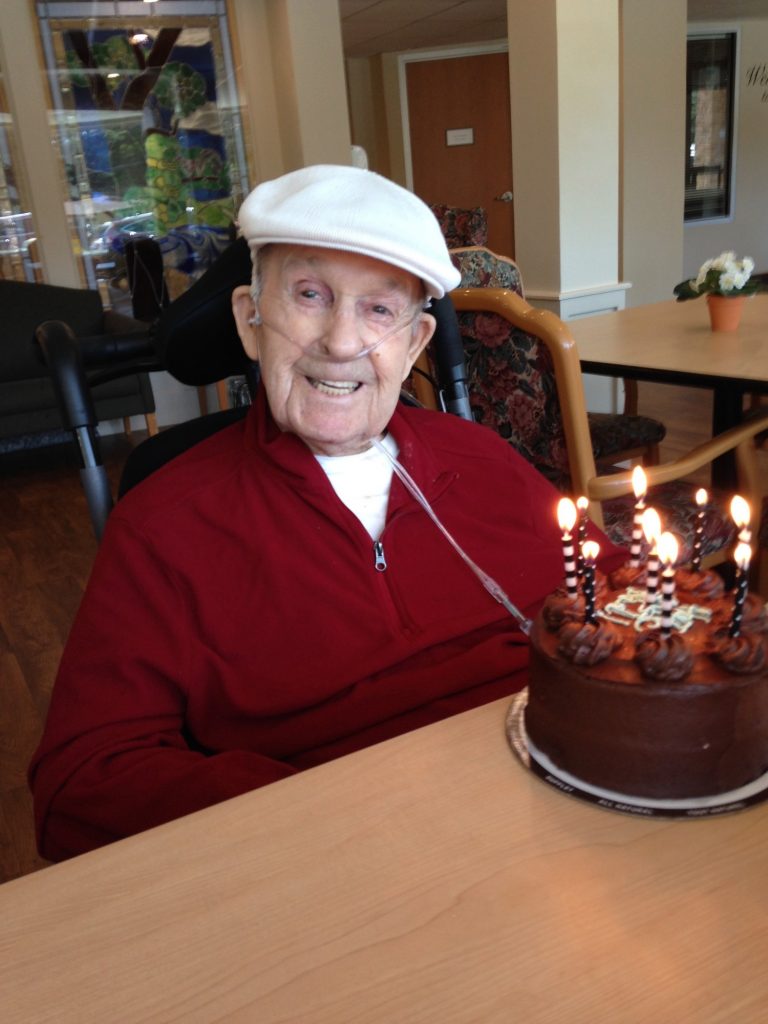 Wally passed away comfortably and peacefully on Friday August 10, 2018 at the age of 92 in South Muskoka Memorial Hospital, Bracebridge, after a pleasant, nurturing seven-year stay at The Pines Long Term Care Home in Bracebridge.  All of the wonderful staff and volunteers at The Pines provided Wally the best of care in his times of need. He battled kidney failure, COPD, Dementia and Alzheimer’s.

Wally was the eldest of four, born to his late parents Joe and Lillian Chappell on June 11, 1926 in Toronto. Wally bicycled to and from Weston Collegiate Institute every day as a teen and one fateful day he decided to enlist, February 1945, in the Royal Canadian Navy. After months of training, he was stationed in England where he patrolled the English and French coastlines until the end of hostilities. He was released from active duty in 1949. He served on the HMCS Cornwallis, HMCS York and HMCS Iroquois to name a few. In 1967, Wally married Janette ‘Jinny’ Bayford and they moved to Huntsville with Jinny’s daughter, Lynn Bayford.

Wally happily worked for Sterisystems Ltd., for 40 years and travelled between Huntsville and Bolton until his retirement in 1991. Soon thereafter, Wally became involved with the Huntsville chapter of the Muskoka Music Men choir and their classic barbershop music and the All Saints’ Anglican Church choir in Huntsville. Wally was also a brother of the Huntsville Masonic Unity Lodge No. 376 and a member of the Royal Canadian Legion Huntsville Branch 232.  He really enjoyed being involved with these civic organizations.

Wally will be remembered for his quick wit and his trademark sense of humor that touched the lives of many people with his big smile all the way to the end. He loved listening to classical music and of course watching ”Bugs Bunny”, the “Carry On” films which were a long series of movies made with a diverse troupe of British comic actors from the 1950’s to the 1970’s. He had a great knowledge and interest in evolution, classical composers and history, especially Egyptian history.

Wally was cremated Monday August 13, 2018 and his ashes will be laid to rest with Jinny in the All Saints’ Anglican cemetery in Huntsville. There will be no memorial. The Family is grateful for the condolences, but declines flowers and donations.